This week we're starting a 3 part series called Easter Unexpected. When Jesus showed up on the planet everyone had an idea of what it would mean for them. People had been anticipating the Messiah's arrival for hundreds of years. But no one expected what would happen when he came. They expected strength, wisdom and victory. Jesus brought all those through weakness, foolishness and defeat. This is the greatest season of the year because life came out of death! No one could have expected such a thing! 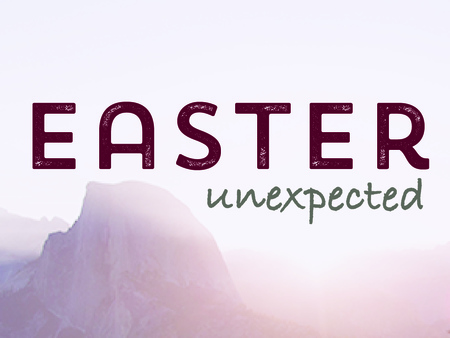